A time to think differently

THE EXPECTATION THAT the world will end or that Jesus will return at some given time and place has been a recurring theme throughout Christian history. In the New Testament epistle of Second Peter, the author addresses those who had mistakenly believed that God would destroy the world by fire and that Jesus would return within their lifetime. The delay of these expected events was apparently causing doubts among early Christians. Attempting to break their fixation on time, the author of this epistle explains that "one day is with the Lord as a thousand years, and a thousand years as one day" (II Pet. 3:8).

Further pointing out the futility of trying to hold the infinite God to a timetable, the writer continues, "The Lord is not slack concerning his promise, as some men count slackness; but is longsuffering to us-ward, not willing that any should perish, but that all should come to repentance" (II Pet. 3:9). What looks like a delay to some is interpreted here as evidence of God's mercy, giving people more time to repent, to turn from evil to good. 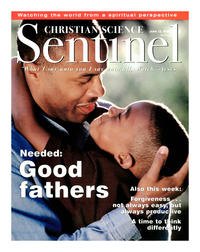