Break the hold of hatred

How to keep from being the target of hostility

Have you ever felt as if you were the bull's-eye in a tournament of skilled archers? That's how I felt when a group I was involved in became embroiled in an issue that split us into two opposing camps. Because others knew my view, what felt like a hate campaign was mounted against me by the opposing camp. For a while, the hostility had me reeling. At times I felt as if I had been submerged in a pool of deep water, and running out of breath, I would surface, only to be pushed under again. I prayed earnestly—daily, hourly, and sometimes minute by minute. 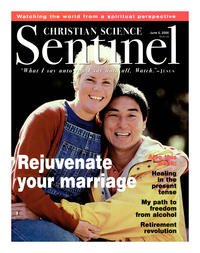