It happened at a busy metro station in St. Petersburg.

As A LONGTIME student of everything Russian, who now lives in Russia, I have observed the collapse of the Soviet system of ideas. Throughout the former empire, changes have taken place in the political, economic, and military arenas.

This has dealt a heavy blow to the Russian people. A big void has taken the place of the bright future that was promised them. Poverty, even the specter of starvation, loomed large at first.

Send a comment to the editors
NEXT IN THIS ISSUE
Article
Christmas today, tomorrow... 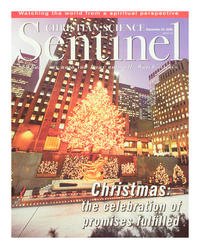