An interview with author Mimi Doe

Mimi Doe received her master's degree in education from Harvard University. She became a television producer and cofounder of a multimedia company dedicated to developing nonviolent, multicultural programming for children. So, when she gave birth to the first of two daughters ten years ago, she absolutely had to "get things right!" After all, her background and her job demanded that she set a good example as a parent.

She turned to the best-educated mother she knew, her own—Marsha Walch, Ph.D., a psychotherapist who works in private and community health practice in Mississippi. They collaborated across twelve hundred miles to establish some guidelines for parents wishing to encourage and cultivate their children's innate spirituality, and put those guidelines in a book they co-authored called 10 Principles for Spiritual Parenting: Nurturing Your Child's Soul (Harper Perennial). 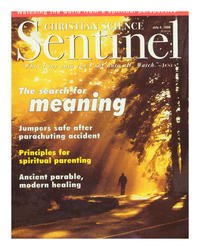