When the Mexican teenager walked into the county jail in Newport, Kentucky, he was understandably nervous. The nineteen-year-old, baby-faced youth had never been in jail before, and he had no idea what to expect. Would he be robbed, assaulted, raped?

The other prisoners looked at him with suspicion. They distrusted anyone who did not share their anger and paranoia. Eliasar Salazar Zamora had reason to fear them. He was a simple boy from a small mountain town in Mexico who didn't even speak English. 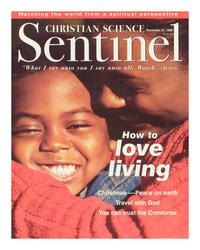