I shall not bow down

Idols and graven images don't always come in forms we might expect. But we don't need to be surprised and don't have to bow down and worship them!

During the last economic recession in the United States, however, the state in which we live was especially hard hit. Every day the radio, television, newspapers, and our friends and neighbors reported depressing stories resulting from the recession. It was easy to be overwhelmed by it all, particularly if one felt right in the middle—and our family did. 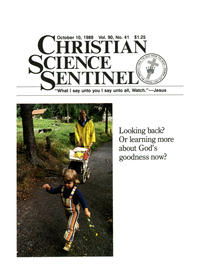