An accident at a nuclear power station forces thousands to evacuate their homes. An oil well burns out of control, spewing black crude into the ocean for weeks before it is finally capped. A burial ground for waste chemicals becomes a city's nightmare.

Are these recent events examples of runaway technology, as some have suggested? Has mankind created a monster it cannot control? There are some who argue that modern technology has become so complex and so far-reaching in its consequences that society is unable to cope with it effectively. 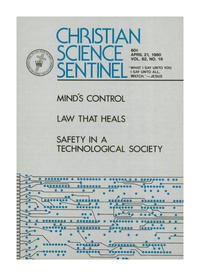