Siggi often stood around alone while the other children played with each other. They didn't like the fact that he was always dirty. And he was shy, because he wasn't able to speak like the others. He tried hard to form his words, but they didn't usually come out right and could hardly be understood.

Nobody knew where Siggi lived. He would just appear where Tammy and the other children played. Some even thought he might be a little Gypsy boy. 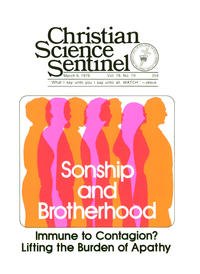