From a column in the ObserverHastings, Sussex, England

Writing to the people of Thessalonica, Paul remarks that God has called us to holiness rather than to uncleanness. Perhaps you don't feel that God has called you to anything, maybe the idea of being put here to be something or to do something is a strange one to you. Yet so many people believe in what they call fate. "It was meant to be," they say of some illness or tragedy. "What is to be will be," say others. "It will all come right in the end" is a common thing to hear when problems and difficulties crop up. 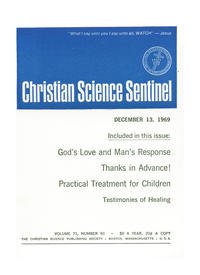