(kon-jek'tur-al—o as in connect, e as in end, tu as in nature, a as in account). Of, pertaining to, or of the nature of, conjecture; that is, of inference from defective or presumptive evidence. (spek'u-la'tiv—e as in end, u as in unite, a as in ace, i as in is; or-la-tiv—a as in sofa, i as in is). Involving, or formed by, speculation; theoretical; not established by demonstration.

Send a comment to the editors
NEXT IN THIS ISSUE
Testimony of Healing
About three years ago a growth... 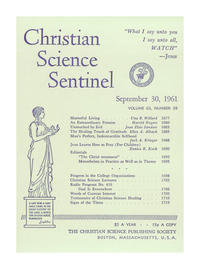