Rev. James Jones [declared] at the Methodist Church: ... "There is no liberty except in the will of God. ... There is no freedom except in conformity to the law ... Freedom is not the mere absence of restraint, ... not just the power to do as we want, but to do as God wants ... Freedom is possible only where men are morally disciplined by reverent devotion to God." 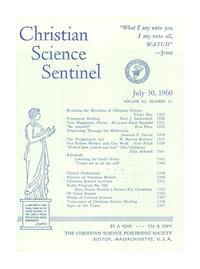