[Mentioned in Retrospection and Introspection, p. 32]

Pedro Calderón, dramatist and poet, was the last great figure in the Golden Age of Spanish literature. Born in Madrid of noble parents, he attended the Royal College in Madrid, afterwards studying theology at the University of Salamanca. The success of his plays before he left the university led him to go on with writing instead of continuing in theology. Two volumes of his poems first made him known abroad. The publication of his plays later earned him an international reputation.

Although Calderon served in the Spanish army in Milan and Flanders, he rarely wrote of any life other than that of his own land and of his own period. In his tragedies, the point of honor occupied the place held by destiny in Greek drama. Delighted with Calderon's plays, Philip IV constantly had them produced at court. When his health failed, Calderon entered the church and became a priest in 1651. However, Philip made him his honorary chaplain, Superior of the Congregation of St. Peter, and commissioned him to write autos sacramentales, which he brought to a high point of perfection. These one-act mystery plays, performed in the open air, treated symbolically the sacrament of the Eucharist. Practically all Calderon's work has an allegorical significance. He brought out the nothingness of mortal life as contrasted with eternity. 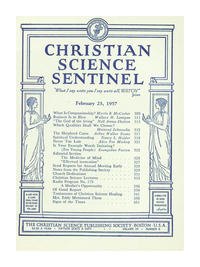