with contributions from T. Sune H:sson Tamm, Earl A. Jacobs

In May, 1951, Riksdagen (the Parliament) ratified the Convention for the Protection of Human Rights and Fundamental Freedoms as recommended by the Council of Europe. This means that from then on Sweden has subscribed to and has pledged itself to uphold freedom of religion and conscience as defined in the Universal Declaration of Human Rights by the United Nations on December 10, 1948, in Article 18: "Everyone has the right to freedom of thought, conscience and religion; this right includes freedom to change his religion or belief and freedom, either alone or in community with others and in public or private, to manifest his religion or belief, in worship, teaching, practice, and observance." 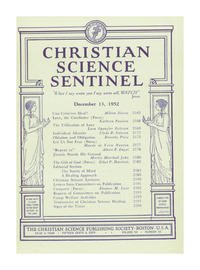