There was a time, and not so many years ago, when members of the crow family could be diverted from newly planted cornfields and gardens by crossed sticks stuck in the ground, and covered with a worn-out shirt or coat, topped with an old hat. The sleeves would flap in the breeze, and the impression was created that here was a sentinel guarding the planted acreage against hungry black-feathered marauders.

Now, a press dispatch tells us that the crow is no longer afraid of scarecrows; that even a young and inexperienced crow soon discovers there is no personality in the crossed sticks, battered hat, and flapping sleeves. Just when and how this capacity of the crow to subtract the scare from the scarecrow developed, we are not told. The important point is that what for a long period was an effective means of deceiving the crow is said no longer to deceive him. According to the writer of the press dispatch, the crow has outgrown the deception. 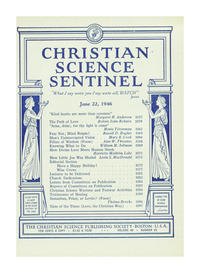