One of the seemingly difficult problems for human thought to solve is that of knowing how to forgive. It says: I can forgive this, but not that; or, I can forgive, but not forget; or, I can never forgive again, I have forgiven for the last time. This variableness may be due to the fact that the human sense of forgiveness, like the sense of sin, is based on human codes. These codes differ with time, place, and circumstance. They fail to agree as to what should be pardoned, and they are not in accord as to what constitutes sin. According to them, some sins are classed as incurable and unpardonable, while others are ranked as negligible. Thus it might be said that what is forgivable is left to individual human opinion.

It is not to be wondered at, with such a conflicting and chaotic sense of things, that mortals often fail to express real forgiveness, and that their sense of forgiveness does not really benefit a sinner. On the contrary, it makes a reality of sin, and its pardon relieves the sinner only of part of his punishment. For, in spite of its words, humanity does not release the sinner from sin: it continually condemns him, holds him in bondage to his sin, and fears, if it does not actually expect, that he will repeat the offense. Thus it fails to see that unless a sin is completely obliterated from consciousness, it is not really forgiven; it fails to see that forgiving and forgetting are almost synonymous terms, because true forgiving means complete healing! 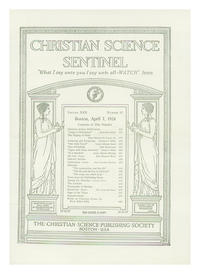