"None good but one"

The young student of Christian Science sometimes finds, after experiencing the blessing of the first fruits which come to him through a study of Christian Science, that there is much in his character which is calling for reform. He sees himself as he never saw himself before; and this self-knowledge gives him, not only food for reflection, but an ample field for demonstration over the errors of material sense. Out of this condition there is of course a way: and this way is the standard of Christ Jesus. Although the standard demanded of a Christian Scientist is a high one, the Christ-ideal is always possible of attainment. When bowing under the weight of the world's hatred and misunderstanding, Christ Jesus could say, "My yoke is easy, and my burden is light." Did he not indicate in these words the powerlessness of evil to outweigh the divine nature of his manhood? It is probable. At any rate he manufactured no difficulties for his students; nor did he indicate by word or deed that he had set them a task impossible of accomplishment.

His disciples for the most part were simple men, with no intellectual or scholarly distinction to commend them to posterity; yet their names live in the minds of millions of Christian people who have accepted as their standard the teachings of Christ Jesus. The disciples were simple men; but this did not prevent them from being great men. In fact, it was their obvious simplicity of thought which helped to make them great. They were likewise humble men; for did they not acknowledge their own shortcomings as well as their triumphs? Again and again during his three years of ministry their Master had occasion to reprove them for their dullness and unbelief. They themselves were not discouraged by this; and for our instruction they have left a record of the circumstances. 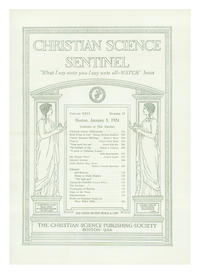