To balance the millions of dollars paid in taxes by the West for river and harbor improvements in the United States, the business men of four western States, it is said, will petition Congress to appropriate one million dollars for a wagon road one thousand miles long, to be built from the Yellowstone National Park to the Grand Canyon of the Colorado River in Arizona. It is argued that the road is of more importance than some of the inland harbors upon which vast sums are lavished annually. 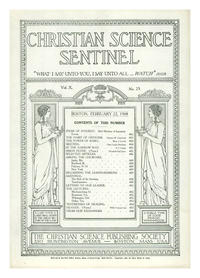