To a philosophical farmer weeds may teach many lessons; for example: the necessity of tilling the soil so that the largest possible quantity of water and plant food may be conserved for the use of the crop; that productive land is always ready and willing to work, even if its work is misdirected in weed production; and that the character and history of the land may be determined from the character and quality of weed growth. Great abundance of weeds is an unfailing indication of poor farming; and conversely, land well managed never becomes seriously if at all encumbered with weeds.

Like other plants, weeds grow wherever they find a chance; not necessarily where no cultivated plants are growing, but often most vigorously and frequently among the crops. Indeed it may be remarked that in a general way certain classes of crops are accompanied by corresponding classes of weeds unless the farm practice is such as to prevent this characteristic, but thinking farmers have devised methods of management which, while accomplishing several other desirable objects, incidentally keep the land free from weeds. Every farmer knows that weeds are prompt to take advantage of opportunities, and that if he is not alert in applying practical methods of eliminating them. his land is sure to be overrun. Especially is this true where one crop predominates year after year. It is also noticeable that when a long-established system is broken up the land appears to be overrun with an abundance of weeds that before may not have been observed, or at least only as scattered specimens. This is because these particular weeds have seized a chance which under the old method was not afforded them. but they in turn can be combated by rational methods. 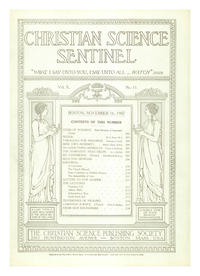