The Postmaster General states: "As nearly as can be estimated the cost of carrying a pound of seeds furnished by the Department of Agriculture for free distribution, varies from live to eight cents. I have been informed that the aggregate weight of vegetable and flower seeds distributed annually by the Department of Agriculture under frank is 690,000 pounds. The estimated number of packages is 7,300,000. Computing at the lowest estimate — five cents a pound— the cost of handling this matter is $34,500. If the combined time of all the clerks and carriers handling one of these packages is estimated at one minute, from the time the package is mailed until it is delivered, it would amount to the time of fifty employes working eight hours a day throughout the year, which, at an average salary of $1,000, means $50,000 worth of time. It is more than likely, however, that at least five minutes of time in the aggregate is consumed, including the delivery of the packages, which means an outlay of $250,000 in clerk and carrier hire on this account."

The House has adopted two resolutions presented by the Chairman of the Printing committee, which will reduce the number of copies of each publication printed by the Government from ten thousand to twentyfive hundred. The resolutions mean a saving probably of one million dollars annually to the Government in printing bills. "Gentlemen," the chairman said, "if all the waste books lying around this city, absolutely worthless, but which cost hundreds of thousands of dollars to print, were to be hauled out of the city they would fill a freight train two and one-half miles long. There are in the basement of the Capitol now 9,538 tons of books and public documents out of date and worthless." 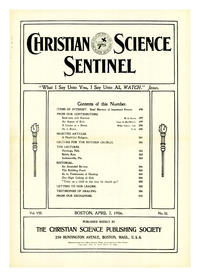