The recent expansion of the hemp industry in the United States entitles it to consideration as one of the most interesting of the nation's newer fields of activity. The hemp plant grows to a height of from five to fifteen feet, and when cultivated for fiber produces only a few small branches near the top of the slender stalk. The leaves are of a rich, dark-green color, and the fiber consists of numerous series of long cells in the inner bark, firmly knit together, which, when cleaned from the surrounding tissues, form tough strands nearly as long as the entire plant. This is a bast fiber, and is classed commercially among the soft fibers, with flax, ramie, and jute.

Hemp fiber is long, soft, very strong, and capable of almost as fine subdivision as flax. It is especially adapted for use where strength is required. It is used in the manufacture of fine twines, carpet thread, carpet yarns, sailcloth, and for homespun and similar grades of woven goods. Nearly all of the best grades of long fiber—"dressed line"—is utilized for making twines and yacht cordage, while the cheaper grades are converted into binder twine. The tow is used for threads and for yarns to be woven into carpets, homespuns, and linen goods, while the refuse fiber combed from the tow is used as oakum for calking ships. As indicating the possibilities of development for the domestic hemp industry, it may be noted that of the 18,000,000 pounds of hemp consumed annually in this country, only about 8,500,000 pounds are raised in the United States. 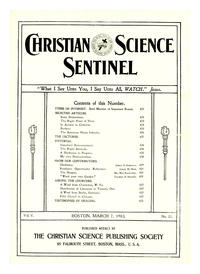