Marvels Wrought in One Hundred Years

There were but 5,300,000 people in America when this century opened. France had five times as many people; Germany, and even Austria, had four times America's population; Italy had three times as many, and so had Great Britain. Even Spain had double our number of people, and little Portugal was almost our rival in numbers.

We have more people now than any European nation except Russia, which alone leads us. We have as many people as live in all Great Britain and France combined. We have one half more people than Germany. We have, practically, seventy-five million people in the United States, and ten million more in our new possessions. 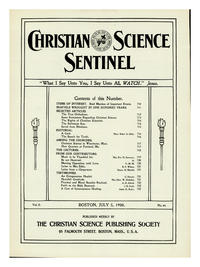