Adapted from an editorial published in The Christian Science Monitor, September 15, 2017.

A common predictor of war is whether enough people expect one. A recent Gallup poll, for example, found 58 percent of Americans support military action against North Korea if economic and diplomatic efforts fail to end its nuclear threat. That figure is up from 47 percent in 2003. Such polling, however, is enlightening for two reasons. It presumes the public might have a say on whether a conflict breaks out. And it focuses more on the possibility of warmaking than on peacemaking.

A bias has long existed in international affairs to look at the likelihood of a conflict breaking out, a sort of fear-based model of analysis that presumes peace is merely the absence of war and that people can be led by fear. Much of the analysis thus looks at “negative drivers” for war, such as a country’s economic and social fragility or a national leader’s desire to stay in power. Experts on North Korea, for example, debate the worst aspects of the regime in Pyongyang, such as its irrational behavior, and whether those factors will lead to nuclear conflict. 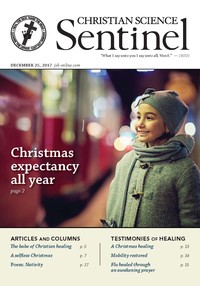