The right mentor for me

It seemed like the perfect job: a step up the career ladder, a significant increase in pay, and a job description that incorporated my interests—all at an acclaimed company. But after a few days, I knew I was in trouble. My boss was going to be a challenge I hadn’t expected.

She was controlling, temperamental, and moody. On top of it I felt bored and underutilized. She gave me very little direction in my job responsibilities, and after several months had gone by, I began to feel that my boss was trying to make herself feel important by making me and others in my department feel small. It seemed she was not interested in my ability to be a successful contributor to the company. I began to feel powerless, and even that my job was in jeopardy, since she had the power to fire me. 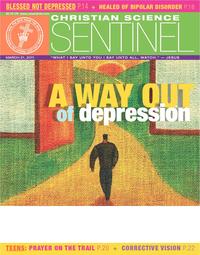