The Mystery of Mary Magdalene

People tell many stories about the woman in the Bible called Mary Magdalene. Who she really was has been a bit of a mystery. The Bible talks about Mary from Magdala who was healed by Jesus of seven demons. People also thought she was Mary the sister of Martha and Lazarus, and they thought she was the sinful woman who washed Jesus' feet with her tears and dried them with her hair. Today many Bible scholars agree that each of these women is a different person. So, who was Mary Magdalene really? Let's find out together by following these clues.

Clue 1: Names were very important to Biblical people. They were carefully chosen and might tell a lot about a person's character. Women and men didn't have family names as we do. They had a first name followed by the name of their father (or husband, or brother in the case of women). Or their first name could be followed by the name of the village or city they lived in. Mary Magdalene is also called "Mary of Magdala" because she originally lived in Magdala. This made her different from the other Marys. As far as we know, Jesus never visited Magdala. So, how did she get to know Jesus?

Virginia Stopfel is a Bible scholar and gives talks about the Bible all over the United States. 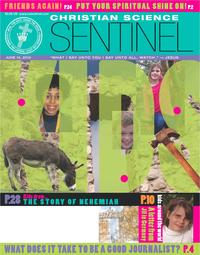