HARMONY IN A COUNTRY OF IMMIGRANTS

EVER SINCE THE BEGINNING OF TIME, people have sought a better life in foreign lands. Nothing has changed today. Migration is one of the defining issues of the 21st century. It has even been featured recently in negotiations between earthquake-stricken Haiti and the neighboring Dominican Republic.

In an unprecedented gesture, the Dominicans opened their border to injured Haitians. Traditionally, relations between the two countries have been strained at best. Now there are fresh hopes that things could improve. Dominicans seem to recongnize they connot fully thrive unless their destitute neighbor comes along, too (National Public Radio, January 20). 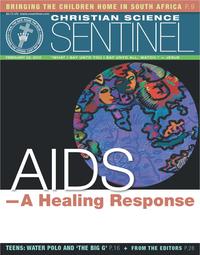