ONE DAY ABOUT 25 YEARS AGO, while I was watching the news, I saw a report on a terrorist bombing at an international airport. This was just a few days before my daughter, who was 17 years old at the time, was to fly out of that very airport.

I had been praying for my daughter's safety; however, as I watched the report, I became shocked at the narrowness of my prayers. Even as I felt gratitude that my daughter was not there yet, I felt the chilling nature of the word victim and realized I had accepted that word for others. 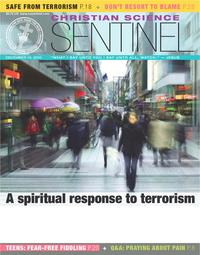