FOR THE SAFETY OF OUR LEADERS

FROM THE INTENSE EFFORTS to maintain security at Barack Obama's inauguration as the 44th President of the United States on January 20 to security concerns regarding Prime Minister Gordon Brown's surprise visit to Iraq in December, a lot of work and deep thought go into keeping world leaders safe. While the professionals in charge of safety, such as the Secret Service in the United States and Scotland Yard in the United Kingdom, have a special mandate for keeping "their" leaders safe, we all have a role in this—because each of us, no matter where we are, can pray to support their efforts and also support officials in making intelligent decisions about their own personal security.

There's also a Biblical mandate for citizens' prayer. This command transcends partisan politics, race, ethnicity, age, and gender. As the Apostle Paul wrote in his first letter to his associate Timothy, "I exhort therefore, that, first of all, supplications, prayers, intercessions, and giving of thanks, be made for all men; for kings, and for all that are in authority; that we may lead a quiet and peaceable life in all godliness and honesty" (I Tim. 2:1, 2).

Jeremy Carper, a Christian Science practitioner in Fredericksburg, Virginia, was a US diplomat for many years. 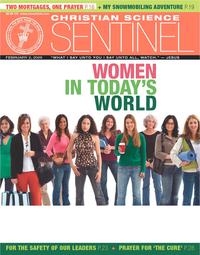