THE COUNCIL FOR a Parliament of the World's Religions, a leading advocate of interreligious peace, is pleased to announce a Conflict Resolution Program to be offered at the fifth Parliament of Religions, to be held December 3–9, 2009, in Melbourne, Australia [see Items of Interest, August 31, 2009].

Twenty-four Conflict Resolution Programs will feature eight peacekeeping teams from various regions of the world affected by conflict. Panels will highlight conflict case studies from the perspectives of religion, media, women, Indigenous peoples, and more. Representatives and faith-based teams from the following countries will be featured: 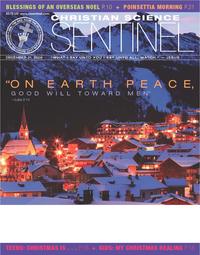