In June 2006, while my daughter, Emma, was in kindergarten, she took a standard hearing examination. Soon after this test, the school board of education contacted me, stating that Emma had been diagnosed with a hearing problem, affecting the functioning of her middle ear. They indicated that she would be retested in the coming school year.

As I thought about this, I realized there had been occasional times when my daughter wouldn't respond to my husband or me, particularly when we whispered or were speaking to her from a distance. But it had never occurred to us that this indicated a hearing problem. I'd always thought she might have just been tuning us out, as children sometimes do. 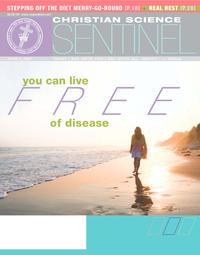