AS THE BUSY MOTHER of three children, I rarely watch prime-time television. By the time everyone is fed and in bed, I usually have no interest in turning on the TV at all. Recently, though, I happened to catch ABC's "reality-based" program Extreme Makeover. The premise of the show is that men and women who are unhappy with their physical appearence are given total body makeovers that include extensive cosmetic surgery.

As I heard more about the show, I discovered that it had been a huge hit for ABC and that thousands of people had auditioned at casting calls. The popularity of this program caused me to wonder why so many people would be willing to go to such lengths to change their appearence, and whether their looks were truly the source of their unhappiness.

Carmen Trammell is a preschool teacher, who lives with her husband, Wilson, and their three children in Tallahassee, Florida. 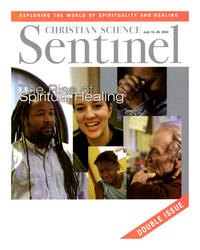