My adventures with reindeer herders in Siberia

VLADIMIR SLEPTSOV , a native Siberian reindeer herder, just laughed at me when he saw my American parka and snow boots. As a joke, he took one of my boots and pretended to throw it away by tossing it across the white tundra. That was his was of saying I wasn't ready for the Arctic Circle. Even though it was a "warm" April day in his Siberian village called Chokhurdakh, it was 38 degrees below zero Fahrenheit.

I was there as a newspaper reporter to write an article about Vladimir and his native Siberian tribe, the Even people.

Send a comment to the editors
NEXT IN THIS ISSUE
WHAT WOULD YOU DO?
What would YOU do? 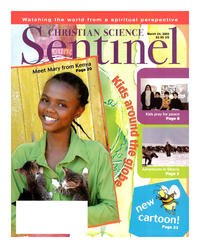