My journey forward to complete health

Sometime in the late 1980s, I became aware of peculiar memory problems, beyond just occasionally forgetting a name or mislaying something. In 1991 I sought help from a memory research group. They gave me the chilling diagnosis of early senile dementia, and entered me in a double-blind study to test the value of a Chinese herbal preparation.

My memory improved significantly, but over the next couple of years distressing physical problems developed. First came back pain and muscle spasms, then debilitating foot pain, frequent falls, and sciatica, all of which were eventually attributed to deteriorating spinal discs. Later on I also developed other illnesses including mitral valve prolapse, fibrocystic disease, a liver condition, arthritis, borderline diabetes, and hypothyroidism. 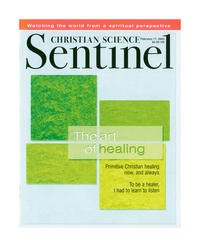