It's never the season for allergies

When I was 14, I began to have the ragweed allergy that others in my family had. I took over-the-counter medicine for this, but I soon had it worse than anybody else. It was really disabling in my case. The allergy arrived every September, and I would be unable to breathe normally or enjoy the outdoors until the first frost about three months later.

When I was about 19, I decided to go to an allergist. He did tests, diagnosed a severe ragweed allergy, and said I needed shots and prescription medicine. I took those things for a while, but I still didn't feel any better. So I went back to over-the-counter medicines. 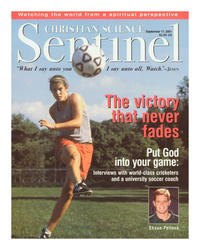