An article published last fall reported that people with religious beliefs tend to be less willing to turn to euthanasia or to doctor-assisted suicide. In addition, several studies show that religious belief affects the views of medical professionals as well.

Doctors, nurses, and social workers in New York City who held religious beliefs reported greater reluctance to offering assisted suicide as an option than did those with no faith. A nationwide study of physicians revealed that doctors without religious affiliations were more likely to provide assistance with patient-requested suicide. 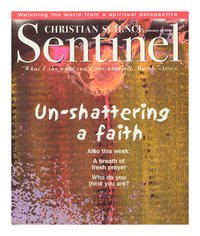