My part in controlling terrorism

IN THE 1980s, I worked for a European china company that had shops on 30 military bases, most of which were in Germany. My job was to visit these 30 bases regularly and check on the shops. During that time there was still a remnant of the Red Army Faction of the Baader-Meinhof terrorists and other terrorist cells that were targeting US bases on German soil.

One day, I was about to leave the Rhein-Main Air base when the gates closed and everyone was asked to remain exactly where they were. There had just been a deadly terrorist attack, and the base was being secured. 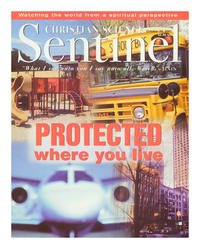