TO UNDERSTAND the Muslim world ...

'Their good is not different from ours.'

A Middle East Watcher for at least 30 years, R. Stephen Humphreys has written Between Memory and Desire: The Middle East in a Troubled Age (which has just come out in paperback: Berkeley: University of California Press, 2001) Humphreys is currently a professor of history and Islamic studies at the University of California at Santa Barbara. The Sentinel spoke with him about the Muslim worldview and how this influences policy in that region.

In your book, why did you choose to focus on the Muslim world instead of including Israel as well? 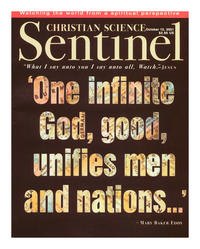