When he was fourteen, Erwin Magoon lost his wallet. As The Boston Globe reported (March 10, 1999), it didn't contain much: some photographs, a movie pass, his library card, a quarter and three pennies. But I'm sure that in 1947 when he lost it, the wallet and its contents meant a lot to young Erwin.

Fifty-two years later, Mr. Magoon got a telephone call. A construction worker had found the wallet during a renovation project at the old school, and somehow managed to track him down. Needless to say, Magoon was astonished to be reunited with his wallet. The gesture of good will, the honesty, and the efforts of the construction worker, however, propably meant the most. Someone cared. 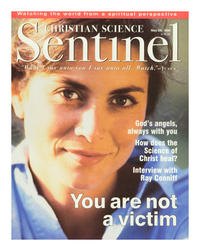