Why one woman decided not to go cliff diving

A friend spoke to a group I attend—telling of an experience she'd had white-water rafting, and then jumping (while wearing a life jacket) off a forty-foot cliff into the river. Her face was radiant as she described the event. According to her, this feat had given her a new sense of power and inspiration, something I could certainly use.

There are so many things that I'm afraid of. Water is one. River water is two. Churning river water is three. And the list goes on. I wanted so much to be more fearless. Her daring act made me think that perhaps I should try something equally daring to prove to myself that I could be the master of fear. 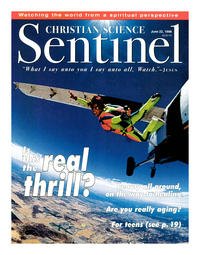