During my very early teens I took on two very bad habits; one was smoking and the other was social drinking. Periodically I would try to give up smoking, but never could imagine myself giving up drinking. Then one day my girlfriend and I decided to get married. She was a student of Christian Science, as were the others in her family.

The dear girl never once criticized me about these two problems. After we were married I began to go with her to the Christian Science church, and I was considerate of her desire to rely on Christian Science for healing. It was not too long after this change in my life that I fully realized I had to talk to someone about my drinking. My wife suggested that I meet with a Christian Science practitioner. I did as she recommended, and met with the practitioner quite often. I learned a lot about man's spiritual nature. 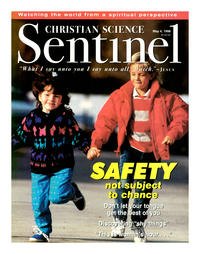