When I Was A Boy , I had two pet turtles that I found in the woods near our house. They were box turtles, and they happily took up residence in our backyard, soon gaining control over the snail population in the garden. We named them simply Mr. and Mrs. Turtle, and sometimes in the evenings, they would come up on the brick patio that my dad had laid out behind the house. They were looking for handouts. So, my mother and I would feed them bits of chopped beef and fresh vegetables. They loved it and stayed around for several years, until I grew up and our family moved away. Those two turtles never complained about anything!

There was another turtle, though, who only stayed with us a short time. You see, his turtle life had left him a bit battle-scarred, and he had become downright ornery. It seemed as if he was going though some sort of midlife crisis, if that's possible for a turtle. He couldn't even make friends with the kindly Mr. and Mrs. Turtle, and I realized he was better off in the woods on his own. 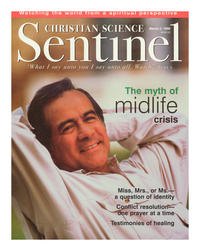