One of the phrases coined in the past few decades is real time. It means the actual time during which something takes place. For example, a historical film saga might cover half a century yet last only ninety minutes of real time in the theater.

Some experimental films have been made in real time. They've been pretty wearing. Everything in the film takes exactly as long as it actually would in real life. Imagine watching the key character, in the kitchen, boiling an egg.

Send a comment to the editors
NEXT IN THIS ISSUE
Editorial
Good is catching, but not disease 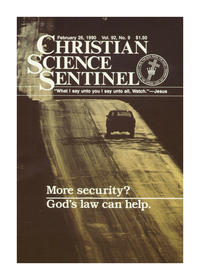