One of the films that drew considerable attention in the United States last year was called Stand and Deliver. It was an inspiring story about a real-life mathematics teacher at a school in a Hispanic area of Los Angeles. His students consistently scored in the top bracket of college admissions tests.

Follow-up articles related to the movie showed just what you'd been led to believe—these kids were working enthusiastically and reaping great rewards. Breaking through beliefs concerning personal limitations, they were going far beyond anything generally believed possible or natural for them. 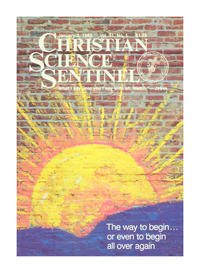