Something to help with your health

Scarcely a newspaper, magazine, or local television program today is without a page, column, or segment on health.

An article in the Los Angeles Times several months ago commented that the amount of money spent on health care in the United States had doubled in just a few years. It's now up to about $450 billion annually. But the writer observed, "Infinite medical needs have run into finite resources...." Richard D. Lamm, "America's Inefficient Health Care: One Possible Cure Could Be Rationing," Los Angeles Times, February 1, 1987 . The article also said, "There is little correlation between what a nation spends on health care and how healthy it is." 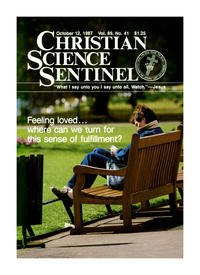