Healing is precious. People followed Christ Jesus and sought him out because he was a healer. Many felt new hope when they heard he was in town. Scores felt certain that by getting to Jerusalem or Capernaum—wherever word of mouth said he was—and gaining his attention and even having him touch them, healing would come. That was what many believed, and for many, that was just what happened. There were even days when multitudes would find him, and he would devote long periods of time to seeing those that came and freeing them from disease and the condemnation that generally accompanied it.

But, as we might expect, such attention brought controversy and criticism as well. Healing took place; that could not be refuted. There were too many witnesses. But there was considerable dispute over what caused the healing. On one occasion, when a man well known in a neighborhood was healed, probing questions were raised. Those who challenged Jesus' popular status and authority wondered whether the man healed had really been blind in the first place. Soon the facts of the matter were determined. He had been blind, even from birth. His parents verified that fact. 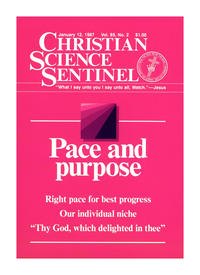