1875-1882 Lynn, Massachusetts—12 Broad Street, where Mrs. Eddy completed her manuscript for Science and Health with Key to the Scriptures. It was while living here that Mrs. Eddy initiated many foundational steps in establishing the Christian Science movement. These include the formation of the Christian Scientist Association; the Church of Christ, Scientist; the Massachusetts Metaphysical College. Here also Mrs. Eddy was ordained as Pastor of her Church. 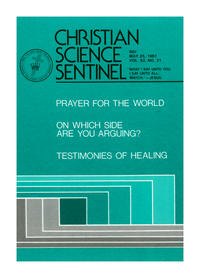