Out of my gratitude to God and a growing understanding of...

Out of my gratitude to God and a growing understanding of my identity as made in His image, I share this healing, which took place two summers ago.

I spent the summer in Israel working on an archaeological dig. About halfway through the season members of the camp became ill in an epidemic that put many of our crew in a hospital. Israeli officials spoke of the possibility of having to close the dig. 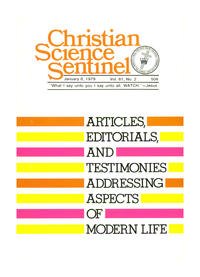