1908-1910 Chestnut Hill, Massachusetts—400 Beacon Street. An exhibit traces Mrs. Eddy's role as Founder and Leader of our movement—preaching, teaching, writing, and commenting on issues still current. Visiting HoursMay 1-October 31: 10 to 5 weekdays (including Saturdays); 2 to 5 SundaysNovember 1-April 30: 10 to 4 Saturdays only; 2 to 5 SundaysClosed all holidays except Memorial Day (last Monday in May) and Bunker Hill Day (June 17)

1875—1882 Lynn, Massachusetts—12 Broad Street, where Mrs. Eddy completed her manuscript for Science and Health with Key to the Scriptures. It was while living here that Mrs. Eddy initiated many foundational steps in establishing the Christian Science movement. These include the formation of the Christian Scientist Association; the Church of Christ, Scientist; the Massachusetts Metaphysical College. Here also Mrs. Eddy was ordained as Pastor of her Church. 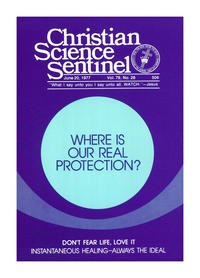