The company I work for recently built and shipped an electro-pneumatic...

The company I work for recently built and shipped an electro-pneumatic instrumentation panel to a large pulp and paper mill in Texas, some twenty-two hundred miles from our plant in the Pacific Northwest. Since the internal components of the panel were somewhat delicate, every effort was made with the trucking company's representative to ensure the panel would be transported on a truck with air-ride suspension, instead of conventional springs. An air-ride suspension system transmits very little road vibration to the load and is similar to a household moving van, commonly used to ship delicate loads.

Our customer phoned a few days later to say the panel had arrived with no damage, judging from the exterior of the plywood crate. It was scheduled to be put into storage until the mill was temporarily shut down, and then it would be installed in a few days time. I requested he remove some of the crating and inspect the panel, but he declined, feeling it was unnecessary. After we hung up, I felt impelled to call him back and firmly request that he inspect the panel immediately. Within an hour he phoned me saying the panel had been badly damaged internally. The repair would take weeks and cost several thousand dollars. Had this been discovered at the time the mill was shut down, there would not have been sufficient time to make the needed repairs and install the control panel. 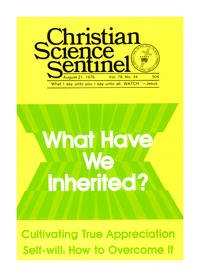