I dropped out of the normal pattern of behavior and followed the...

I dropped out of the normal pattern of behavior and followed the modes and life-styles that seemed to be prevalent in the late 1960's.

I was very anti-establishment. I considered myself a radical. I felt persecuted, wanting to change things for the better for myself and for mankind. I became involved to a point of finding myself in Chicago's Lincoln Park during the turbulent 1968 National Democratic Convention. 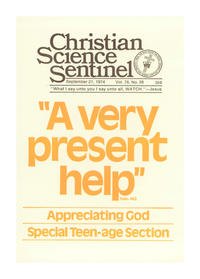