Many theories have been put forward through the centuries to explain how an individual's destiny is shaped. The ancient Greeks made three goddesses responsible. They were supposed to spin and cut the thread of life. Subsequent interpretations of mankind's destiny, as well as the teachings regarding predestination, have been less colorful, but not less capricious.

To predestine is to predetermine or to settle in advance. Predestination then implies that some force greater than the individual settles things for him in advance and so shapes the pattern of his destiny without his knowledge or consent. 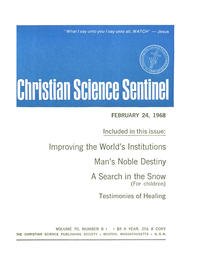